The film centres on a group of four friends, Jemma Demien (Deseligny), Mark (Merlo), Fred (Merlo), and Pete (Federci), who head into theAmazon jungle to find a lost professor (Ricci), believed to be dead until Jemma recovered his lighter. She rounds up the three men to head into the jungle and to find the legendary Imas tribe, who possess an equally legendary treasure and with whom the professor is believed to be found. After Jemma happens upon the lighter, she immediately telephones Pete, who agrees with her plan and hires Fred and Mark to successfully steal a seaplane, in which the three men fly down to the River Amazon to meet Jemma. United, they then head to a town, Fort Angel, to hire a guide named Juan Garcia (Borgese). When Garcia refuses to help, they decide to head out by themselves, but first, they need more gasoline. They find a man named Don Pedro, who runs a business that transports monkeys from the wild to zoological gardens. Read More

After Pete resuscitates a monkey for him, Don Pedro agrees to give them gasoline if they catch monkeys for him. The group heads into the jungle by canoe (with guides supplied by Don Pedro), where Pete uses a trumpet to greet strangers on the river. Before they reach their destination and set camp, a smallelectric ray swims up a guide's anus. At the campsite, the group suffer an attack by bats, before moving on to hunt monkeys. A guide instructs the group how to use a blowpipe, and the hunt begins. They bag several monkeys with darts, and even more with nets. The local natives, however, who eat the monkeys as food, become disgruntled, and capture the hunters. Jemma is forced to act like a monkey, Mark is covered in and bitten by red ants, and Pete is hung tightly to a tree, until he negotiates their release by giving the natives a tape recorder (areference to the original Cannibal Holocaust). Now free, they return to give the monkeys to Don Pedro and continue on their way. Jemma tells her friends of a contact she knows in a local tribe who can find the Imas tribe. When they arrive at the tribe's village, however, they find that the contact and most of the men of the tribe have been slaughtered by gold prospectors, who are also looking for the Imas and their treasure. Our four heroes decide that they must stop these gold hunters (Alessandri) before they reach the Imas. A young tribal girl, Kuwala (Quintero), also knows where to find the Imas, and agrees to take them there if they help rescue her sister, who was kidnapped by the prospectors. While at the village, they rescue a leopard from a tiger trap. When they set out again, the group meets a river snake fisherman (Maunsell). He gives them shelter for the night if they help him catch anacondas. Jemma must also fight off unwantedadvances from the fisherman. The next morning, they fly off and finally locate the gold prospectors' camp. They sneak in and overpower the men in one cabin to rescue Kuwala's sister (D'Arc), but are captured shortly afterwards. All five are taken to the camp's leader, who turns out to be Juan Garcia. Garcia threatens to have the men's penises bitten off by a snake if Kuwala doesn't tell him where the Imas are located. Kuwala agrees, and tells him that the Imas are on an "island in the shape of a ring, where three rivers meet. It's called 'The Island of the Imas.'" At that moment, the other four fight back against their captors and escape with Kuwala and her sister. They steal a barrel of gasoline and two canoes, tie the canoes to the plane, and the plane drags the excess of people down river. While setting up their next camp site, Kuwala's sister is taken by the river current and begins to drown. Mark flies the plane down the river, while Fred barefoot skis behind it to save her, only for Fred and the others to be caught by child smugglers (Corazzari), except for Mark, who escapes in the aircraft. The smugglers drug the children they kidnap from local tribes and ship them to various buyers, who want to harvest their organs. Mark returns to set fire to some bushes outside the smugglers' hideout, smoking them out. The others rescue the children and escape back into the jungle. During the escape, however, Jemma is bitten by a venomous snake. Kuwala guides them to another local tribe, where they use their tribal medicine to restore Jemma to health. After partaking in a tribal ritual, they get back on their way. Finally, the group locates the Island of the Imas, only to find that the gold prospectors have beaten them there. Fred, Mark, and Pete head onto the island, while the others stay behind. There they find several mutilated bodies, tortured to death by the prospectors, two of whom they find and overcome, taking their weapons. They then become embroiled in a battle between the tribe and the intruders, in which the hunters are finally outnumbered and slaughtered. In the aftermath, they find Professor Korenz, who has been adopted into the tribe. Jemma and the others make their way to the reunion, where Professor Korenz reveals that the tribe is not the Imas, nor do they even exist. Jemma, however, after taking several photographs of the tribe, tells the professor that they should leave and claim that they have, in fact, discovered the Imas tribe, for fame and funding when they return home. They betray Pete, Mark, and Fred, by stealing the aircraft and flying back without them, so there would be no one to refute their "discovery" of the Imas. Years later, Jemma and Professor Korenz return to bring back the three men they had left behind. Pete then narrates the eventual fates of the rest of the group: the professor is back in theAmazon, Jemma is a successful journalist, Mark is an airline pilot, Fred opened a water skiing school, and Pete is a bandleader in the Mediterranean. 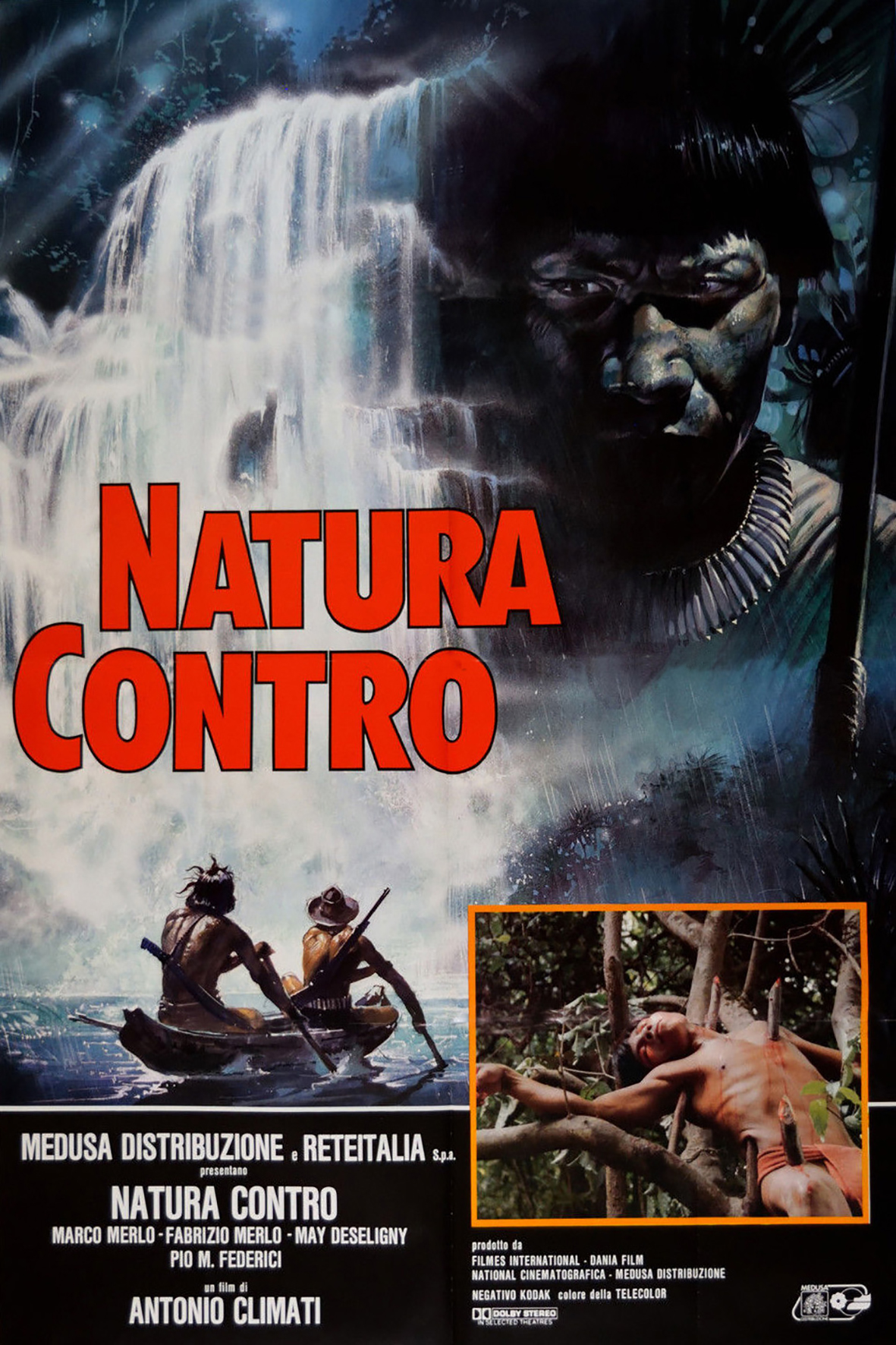