Alan Lloyd wants the treasure and he will do anything to get it even rip off a major gan-gland boss, Frisco Joe, in order to put enough money together to buy a treasure map that as just come onto the market. His trick fails and what appears to be the entire United States underworld is soon hot on his tail. Alan takes off and hides on a sailboat, which belongs to Charlie O'Brien - adventurer and explorer, and many other things - who is preparing to set off on his latest feat of daring, circumnavigate the globe single-handed. T.V. cameras and a host of journalists and photographers are there to record this momentous occasion. The sponsor is Loading Charlie's boat, the Blue Dolphin, with enough jelly to sink a battleship. A hole in the head would probably do Charlie more good. Taking the night watch, Alan jams the compass and sets the Blue Dolphin on a new course towards his Treasure Island. By the time Charlie realises what has happened but it's too late. The island is in sight. After a fast and furious fight, the two heroes end up in the water and Charlie's beloved boat sails off on its own. Charlie is furious. Pongo Pongo, the treasure island. After Charlie has accepted his fate, he is convinced by Alan to help searching for the treasure. Happy, fun-loving natives ruled over by the ever-smiling Queen Hemah, whose daughters waste no time in falling madly in love with Charlie. During the raft building operation, which involves the whole native population, an old American World War Two tank is found. A plan is soon formulated and Alan and Charlie storm the fort in the tank. Kamasuka puts up a great fight, but the tank is too much far the courageous little Samurai warrior. He is overwhelmed. His first thought is suicide, but Char-lie and Alan convince him otherwise. They also get him to show them the treasure. Their eyes bulge when they see the fortune in front of them. It's a dream. A dream worth three hundred million U.S. dollars. Charlie makes contact with an American aircraft carrier. While doing so, he begins to munch on a sandwich, which, when he puts it down far a split second, disappears. Furious Charlie puts two and two together and comes up with... Alan! Charlie is like the original raging bull, but his anger vanishes to be replaced by desolate gloom when Alan informs him that the treasure isn't worth the paper it is printed on the bills are all counterfeit. Sud-denly, Kamasuka's voice comes over the radio Frisco, his heavies and the pirates have managed to free them and are threatening to wipe out the native village unless they are given the treasure. The marines from the aircraft carrier arrive and congratulate Charlie and Alan on finding the money. Much to the charging of Charlie and the surprise of Alan, the money turns out to be genuine every one of the three hundred million dollars. The Marine Officer informs Charlie and Alan that they will no doubt receive personal thanks from the President himself. They can hardly contain their 'joy'. Some consolation prize! The Marines leave with money, leaving Charlie chasing Alan along the beach hurling insults and all manners of threats. Some guys just don't realise when they're well off. 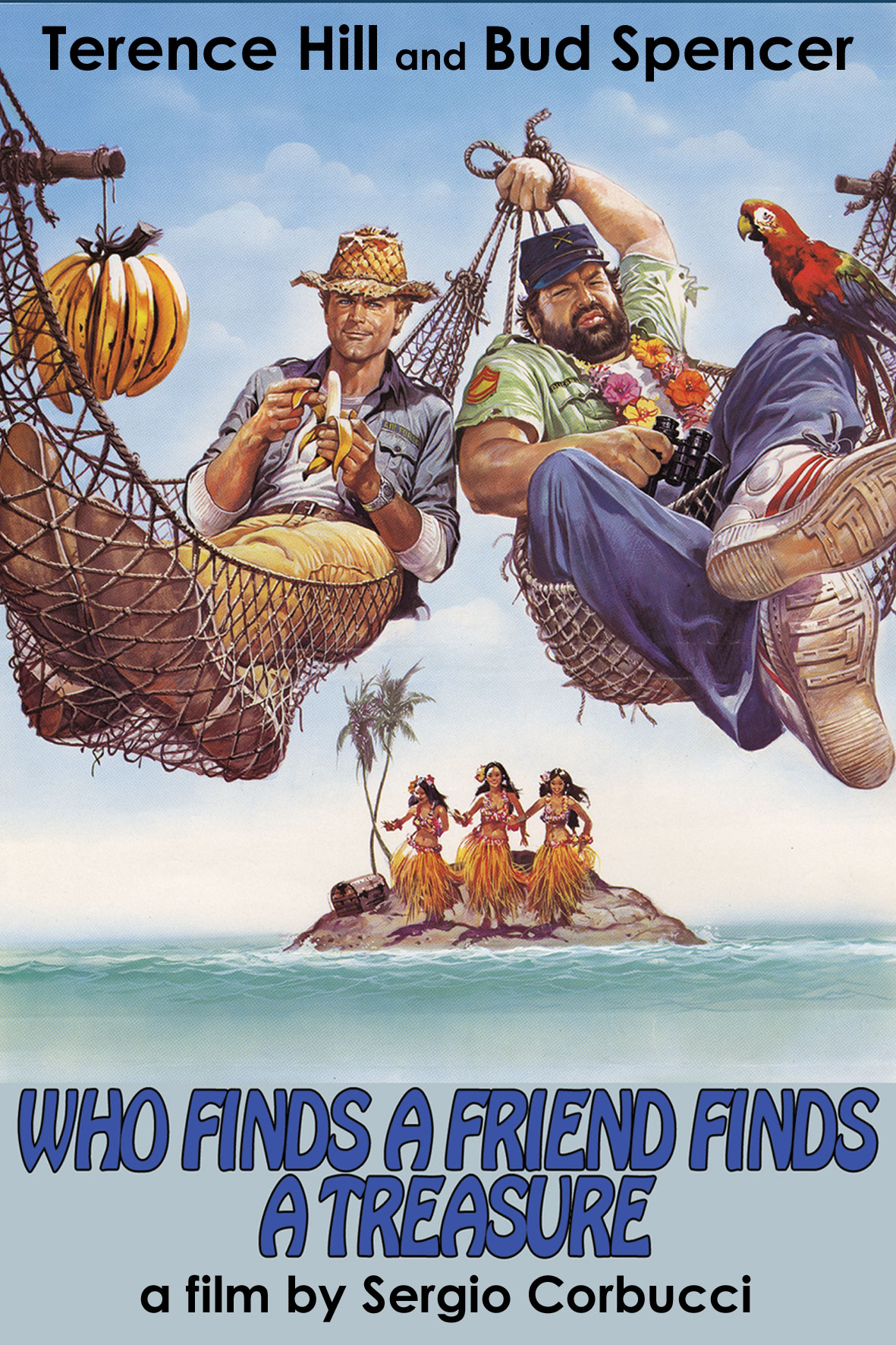