John and Howard are two young guides working for "Safari Express", a company which arranges photo safaris for tourists. The two of them take turns driving a mini-bus with the tourists on board and piloting the spotter plane that radios the location of the animals. The safari also includes a visit to a village whose chief, Bulu, is very friendly with John and Howard. He makes a living buying statuettes and souvenirs supplied by John, which sells to the tourists as local craft work. Bulu has a brother, Hudin, that has left the village and set himself up as the head of a gang of thugs living in the bush. Behind Hudin, manipulating his criminal activities, there is Van Deer, an unscrupulous prospector who wants to get his hands on the uranium deposits in the area and is willing to set up Hudin as the chief of the tribe in exchange for the mineral rights. On one of the photo safaris, when John is driving the mini-bus and Howard piloting the plane, John's pet monkey finds Myriam, a beautiful girl, unconscious in the bush. The woman has lost her memory as the result of shock and can remember neither who she is nor what she is doing there. With the help of various flashbacks, we discover her history. Myriam was Flawerty's wife, the mining engineer in charge of the survey that discovered uranium in the region. Van Deer was a member of the expedition. One night Hudin attacks their camp, his thugs and all the members of the expedition. Kills everybody except Van Deer, who is actually responsible for Hudin's actions. In the mean-time Miriam, had managed to escape under the cover of darkness. John takes Myriam to a mission station run by Father Gasperin who tries without success to restore her memory. During the night Hudin attacks the mission station. Van Deer has ordered the attack because he wants Myriam's death. But the attack fails and this second shock restores Myriam's memory. She remembers the attack on the survey expedition, her escape, her terror and, above all, Van Deer. He wants to get hold of the uranium mine and is in league with Hudin to whom he has promised arms to depose his brother Bulu and become absolute ruler of the batongo territory, where the deposit was discovered. For this reason Van Deer needs two "Safari Express" guides. Their purpose would be to take a lorry-load of arms to Hudin's hideout, and no one knows the territory as they do. Once John discovers the true nature of the cargo and its intended use, no amount of money will tempt him, so he goes off; but Howard, the other guide accepts the job for five hundred thousand dollars. The cargo does not get through, thanks to the intervention of John, who manages to lorry blow the up before it gets to its destination. Van Deer does not give up. He sends for Howard, who is willing to return the money, given that the mission has failed. Van Deer wants him to bomb the raft that Bulu and his people will be using in their procession of the feast of thanksgiving to the River God. Howard refuses to be any part in this massacre and Van Deer kills him. Howard, however, manages to tell John about the crime Van Deer is planning and, in order to follow him, John borrows a company plane. There is a long and dangerous airborne duel between the pair. At the end Van Deer goes down into the waterfall. John has bad luck as well. He runs out of fuel and ho has to bail out but lands on Chief Bulu's raft. He tells his story, everything is finally resolved and John who has fallen in love with Myriam, suggests they leave. Everybody crowds to the Safari Express air-strip to see them off, and in the confusion of final farewells nobody notices that the monkey has sawed through the wings of the plane; John and Myriam are going to fly in. Just as the plane begins to taxi along the runway, the wings come off and crash noisily onto the ground while the monkey happily claps its hands. 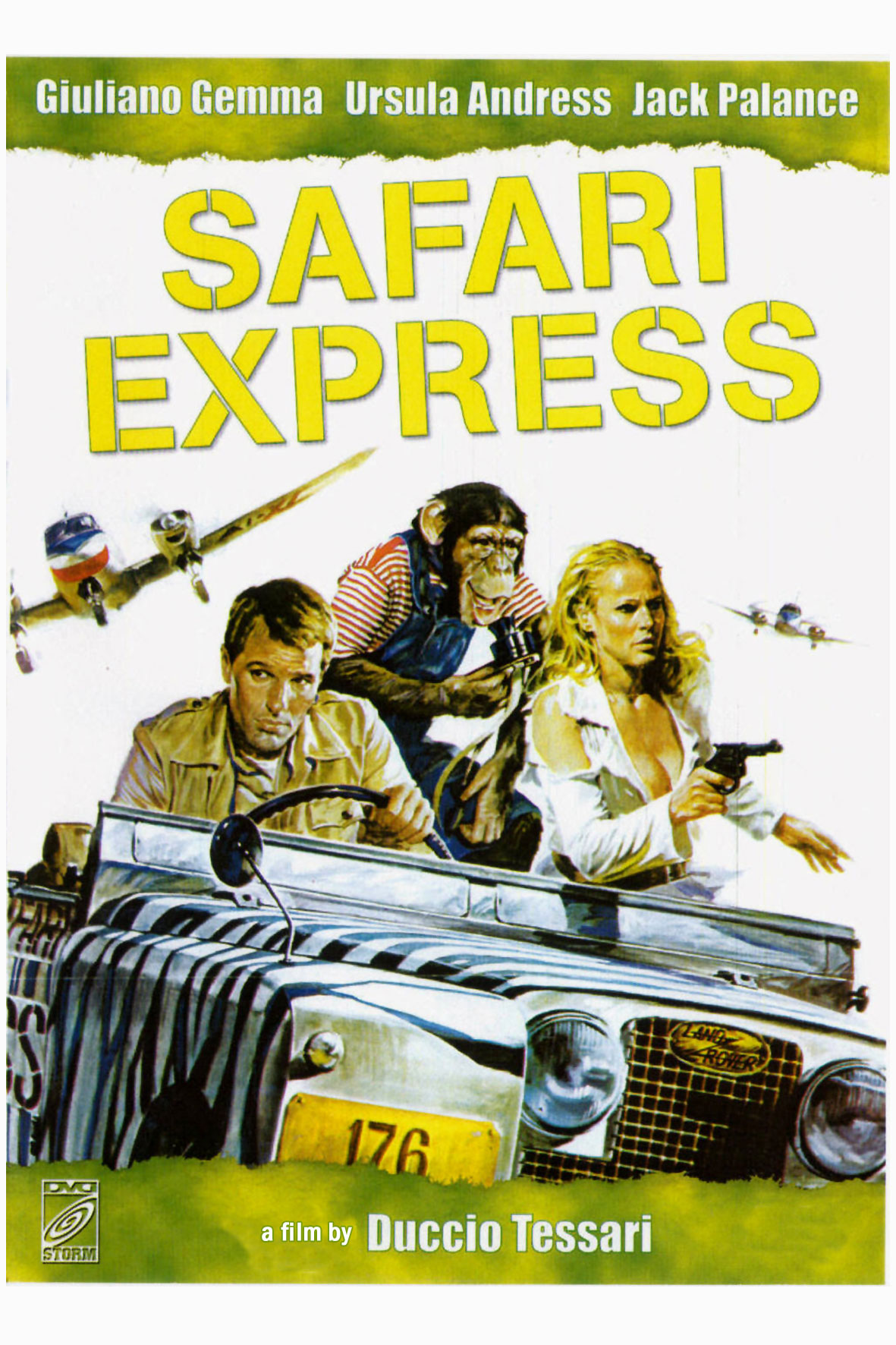