SUPERSNOOPER a film by Sergio Corbucci

Set in the sun-drenched Vacation City of Miami, Florida, "SUPER-SNOOPER" is the story of a young patrolman who, after accidental exposure to nuclear radiation, has developed incredible powers. He can see around corners and avoid accidents in traffic... can move a driver-less truck... make billiard balls roll without a cue... race up 20 flights of stairs in 20 seconds... and fall from a window high up in a skyscraper and land on his feet, unhurt. Dave Speed (Terence Hill) is, indeed, a super cop. But his powers cause problems, too. For example, they fail him com-pletely and he is left weak as a kitten whenever he sees red. Any-thing red, from a pretty girl's bathing suit to a traffic light. And when this happens, it infuriates his friends and superior on the force, the tough, hard-bitten Sergeant Willy Dunlop (ERNEST BORGNINE). Willy has a problem, too. He is crazy about luscious film star Rosy Labouche (Joanne Dru). And when the pair are sent to the airport to guard her on her arrival to fulfil a night-club date, Willy is almost tongue-tied with shyness. 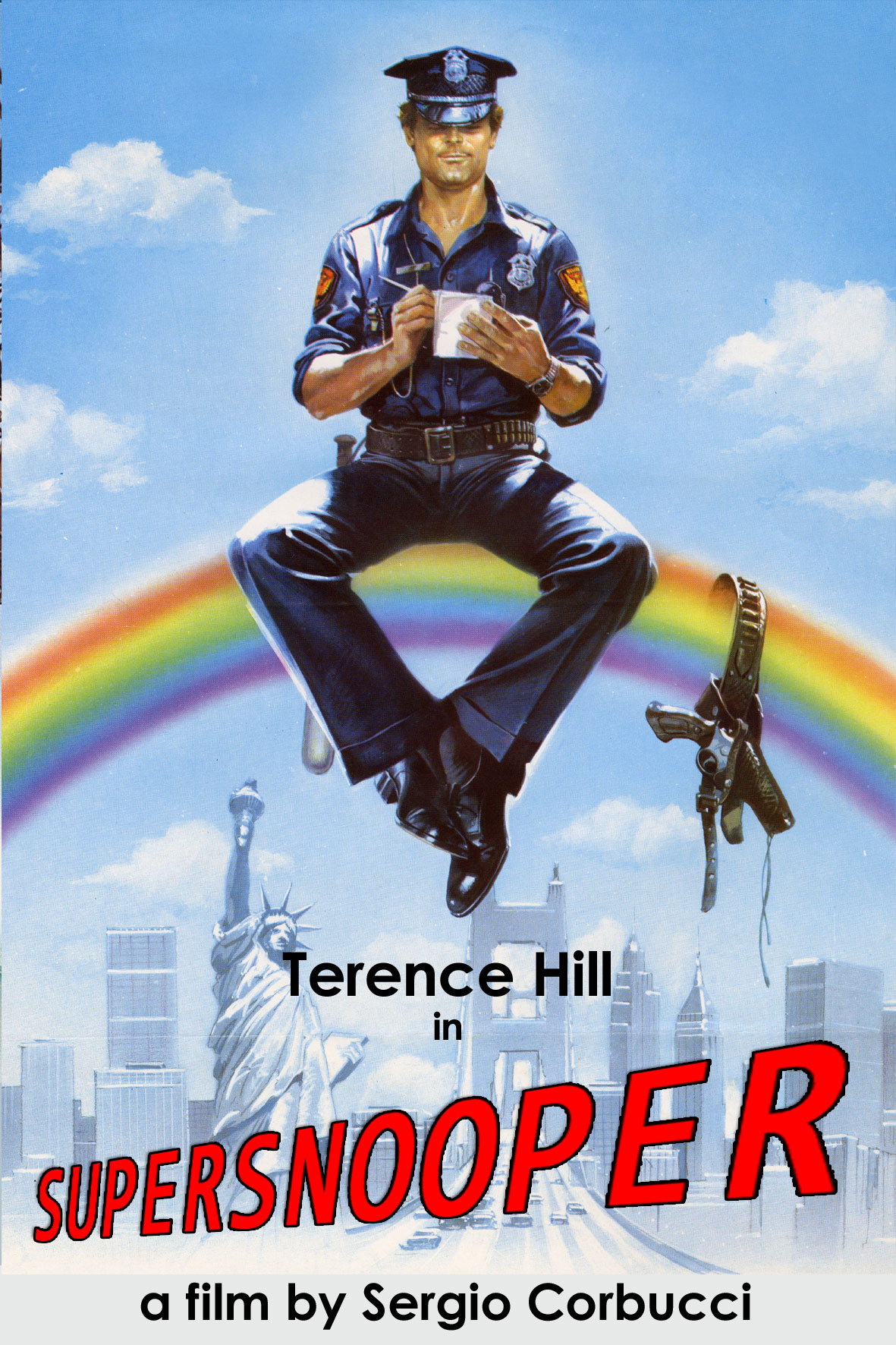