Falsely accused, journalist Emanuelle is shut up in prison, where a cruel inmate named Albina calls the tune. The female director of the prison makes the most of the rivalry between these two inmates to create a "case" (with the assistance of local magistrate Robinson, who had accused Emanuelle) and who must eliminate the "nosey--parker" journalist. The situation is complicated by the sudden arrival in the prison of four new inmates, accompanied by Lt. Harrison. The foursome, led by Crazy Boy, having not in to lose since they are all condemned to the electric chair, are prepared to risk anything and manage to take several woman prisoners hostage, including Emanuelle and Al-bina as well as the directress (Harrison has been put off the way). In exchange for their freedom, the delinquents demand a huge sum of money and safe-conduct to some safe nation. But the story doesn't go quite as the bandits hope. After several in-stances of rape and murder (including that of Albina at the hand of Emanuelle, instigated by Crazy Boy), a series of circumstances per-mits desegregation of the gang, already decimated during a shoot-up, but not with out the murder of the directress and Robinson himself. As Harrison leaves the prison, he reassures Emanuelle that he will do his best to have her trial re-opened. 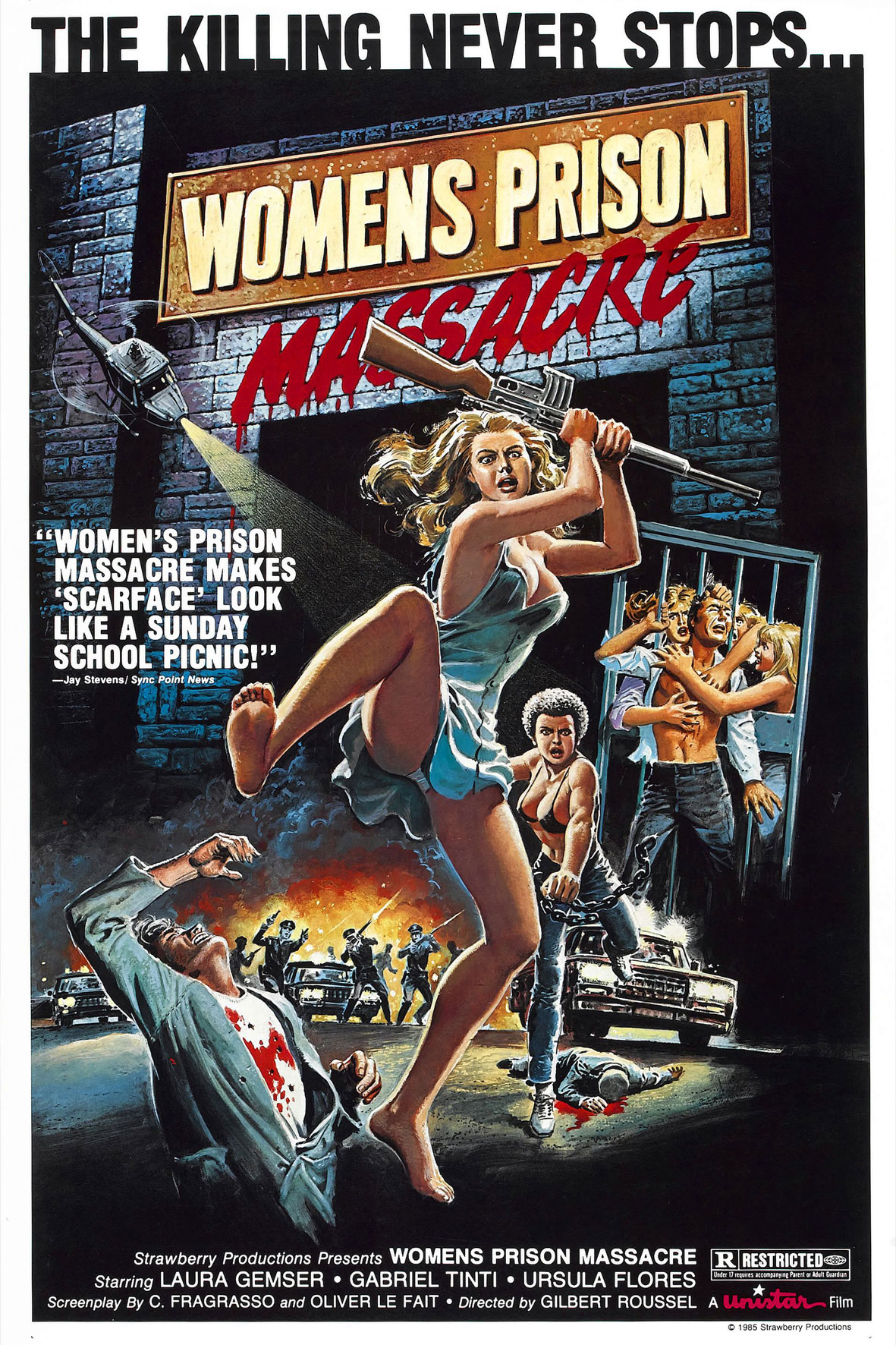