BANANA JOE a film by Steno

Banana Joe lives in Amantido, a village on a river flowing across one of the numerous south American Republics, that has somehow escaped civilization. He's a big man, heavy and powerfui, living with the friendly natives, shipping boatioads of bananas down to Limas. It's Joe unlucky day, when the Mafia boss of San Cristobal, the capitai of Repubiic, sets up an organization to take over the entire banana business. Joe, being iiliterate, has no documents and no licence to trade in bana-nas. He flights back, determinated to get his documents and obtain his licence. At San Cristobai, Joe has a head-on coiiision with civilization which knocks him sideways. However, being the simpie-mined, buildozing type he is, he comes trough the first round, and conhinues his quest for the docu-ments, and the banana trader's iicence which has become more iike the hoiy gradI While in the city he aiso falis in love with Dorianne, the beautiful young cabaret singer. Stili bent on obteining his documents, ioe finds he has io present himseif al a miiitary camp, and before he knows where he is they have him in uniform. He deserts from army and goes once again to the Generai Registi Office where his difficulties stili aren't aver. He knocks down a door and barges into the Under-Secretary's office, aggressiveiy snatches the stamp and brings it down on his own papers. He is then arrested, accused of being a deserter, breaking mio a Government Office, and put on a dozen other charges. It comes out that Manuel, one of his friends, has succeeded in getting him not oniy the documents bui aiso his Banana trader's iicence which is now useless, because he's going to be in prison for the next few years. However, he is officiaiiy pardoned, along with Manuel and many others. Banana Joe returns to Amontido where, io his horror, he finds il complelely altered, modem and corrupt. In one final spectacular free far ali he throws all the mafiosi, imported by the big boss, out of Amanlido for good, and life is once more peaceful and uncorrupted, the way il was ai the beginning. 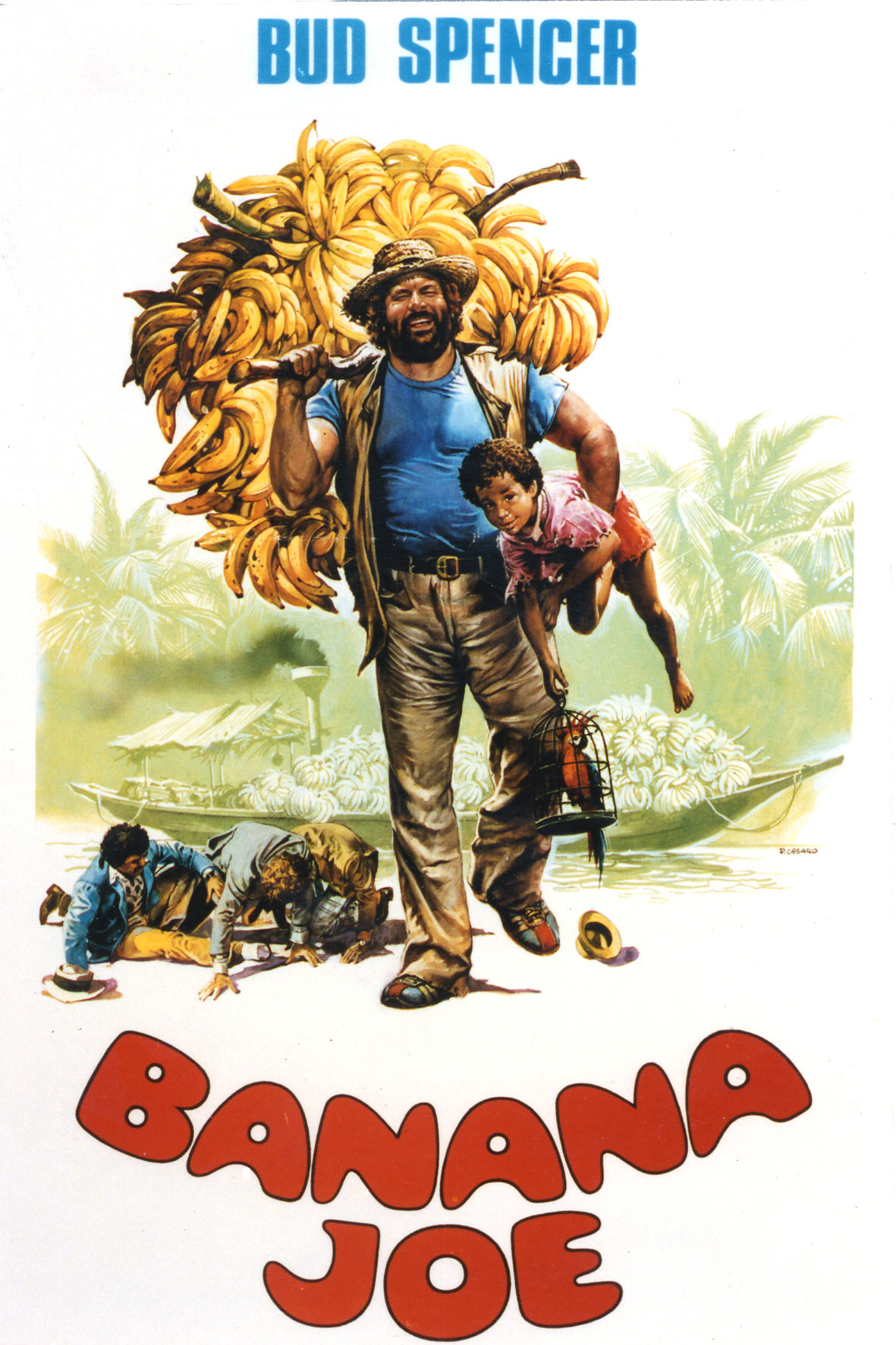