ACCORDING TO PONTIUS PILATE a film by Luigi Magni

This picture tries to show the human side of Pontius Pilate who was at the centre of the greatest revolution of all times. Pontius Pilate addresses the Emperor Tiberius. He admits he is guilty of the execution of an innocent man - innocent men dies every day and will do so always - but this man happened to be Christ, our Lord. It is he himself who asks the Emperor for justice, it is he who should have been condemned to death for his horrible crime, thus exculpating the Jews of the murder they have always been blamed for. 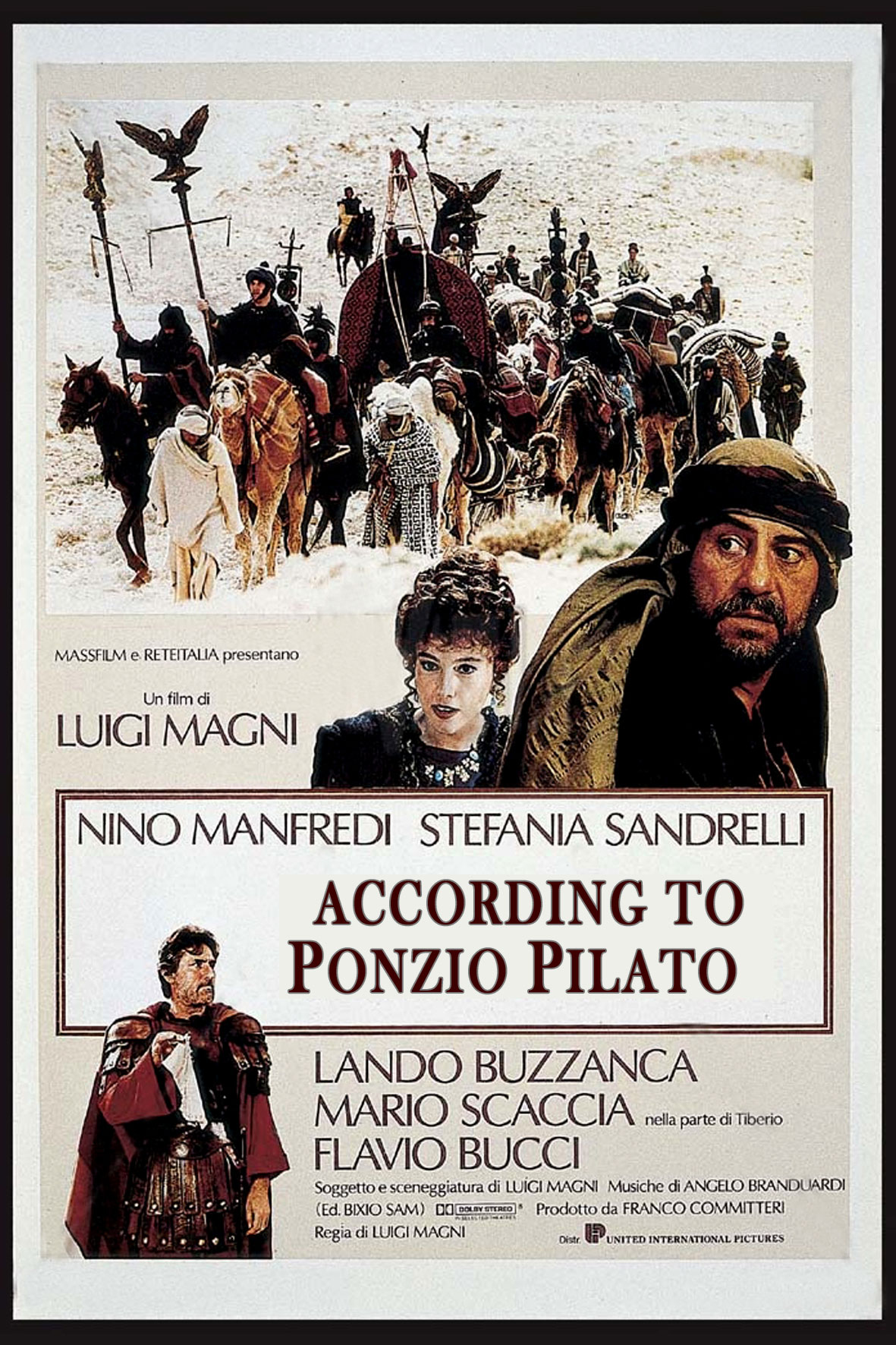