THE NIGHT IS SHORT FOR US a film by Gianfrancesco Lazotti

A large dance floor lit by colored leds, surrounded by tables. At the edge of the dance floor, a band is playing live music. Mainly pop songs from the 60s’, 70s’ and 80s’, but also rumba and merengue. The party mood is on: it's Saturday night. A woman is waiting for her man, suddenly disappeared years ago without explanation: she doesn’t want to consider as closed a story that has missed its final moment. A young student and a more mature woman are on a blind date, but recognizing themselves in real life is much more complicated than in a chat room. An alcoholic boxer wants to his ex-girlfriend, the beautiful singer of the band, and to be sure of succeeding, he makes a deal with his patron saint. On the dance floor a policeman bumps into an old acquaintance of his, a fugitive thief. For the policeman, law comes first, but tonight a girl who made eyes at him comes before everything else. Four teachers on their day off allow themselves the thrill of a pop night out in a dance hall, and the dance hall does not spare them some twists to remember. A jealous and unruly over 80 couple tears forever apart and turns back together several times, until alcohol smoothes any disagreement. A philosopher waitress, a fortune-teller giving hope away, a "foot loose" dancer, an illegal immigrant valet parking, and many other characters still, walk lightly through this suburban thrilling night. 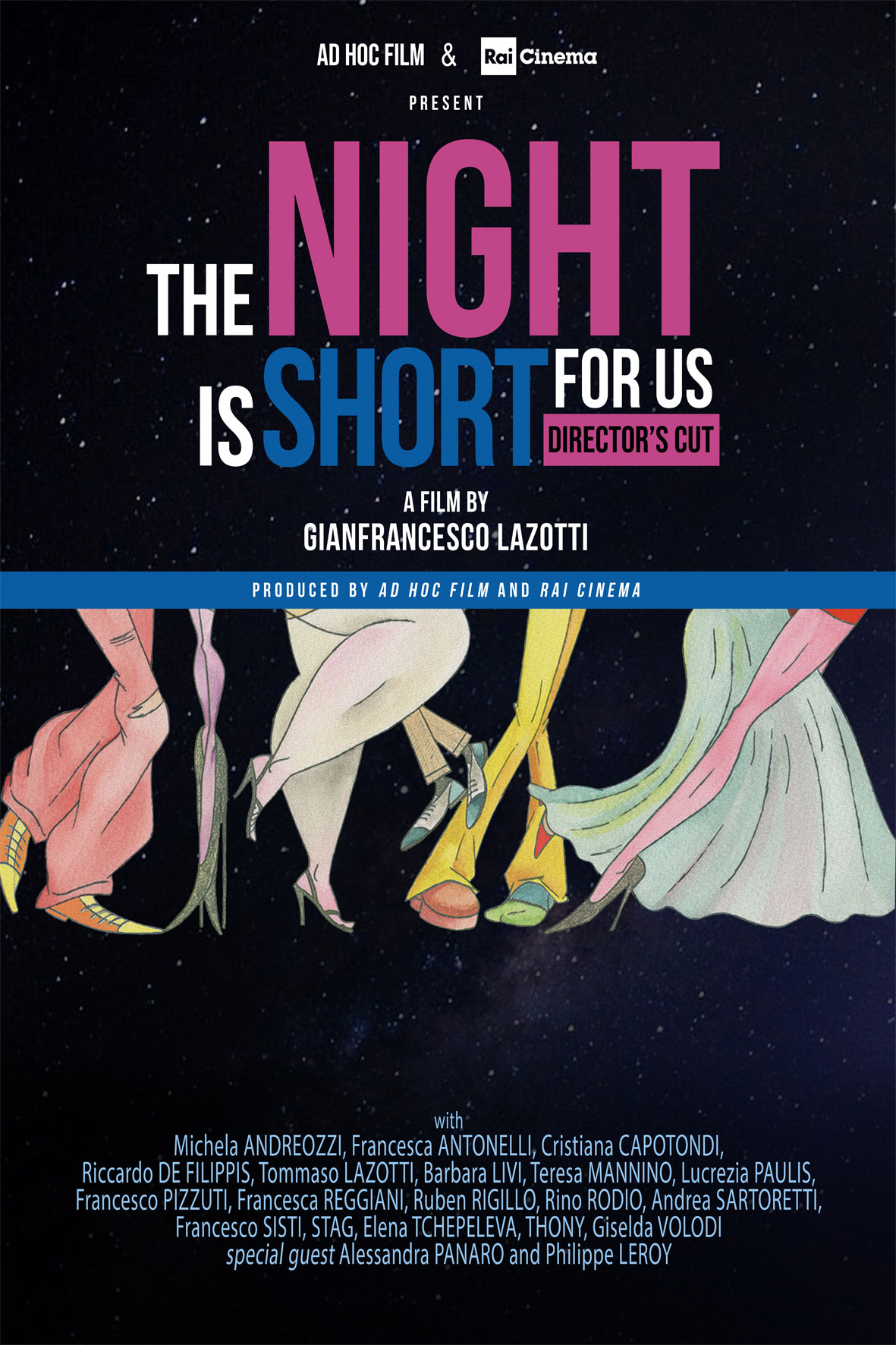