MY LAI FOUR a film by Paolo Bertola

Freely adapted from the Pulitzer Prize-winning book by Seymour Hersh, this film recounts the story of a platoon of American soldiers led by Second Lieutenant Wm. Calley. Falling into an ambush, they come under enemy fire and in the disastrous fight that ensues, two young soldiers lose their lives; a third is so badly injured that Sgt. Read More

Cowen is forced to put him out of his hopeless agoni. Gripped by tension and hysteria, the platoon moves on, eventually coming to a small fishing village where they give vent to their thirst for revenge. In a journey filled with violence and terror, the soldiers go through a collective personality change; in frenzied delirium, they execute Calley’s ever more crazed orders, until the final tragic day comes: 16 March 1968. They join a larger group of soldiers who have taken over the charming village of My Lai, a few kilometres from Quang Ngai in South Vietnam. Believing this to be a Vietcong hiding place, the senior officers order a house-by-house clear-out, but Calley, now completely out of his mind and seeing that the only inhabitants are children and old women, orders an all-out massacre. These endless, ever more violent actions are seen from a small reconnaissance helicopter crewed by pilot Chief Warrant Officer Thompson, co-pilot Andreotta, and door-gunner Colburn. Deeply upset by this atmosphere of collective insanity, the three young airmen overpower their own compatriots in an armed confrontation, bring the atrocities to a stop, and succeed in saving the lives of nine people. Meanwhile under the bleeding corpses, Thi Le and his son Dung are still alive. When calm at last returns to this place the American soldiers have brutally turned upside down, they emerge into the light to face the day. 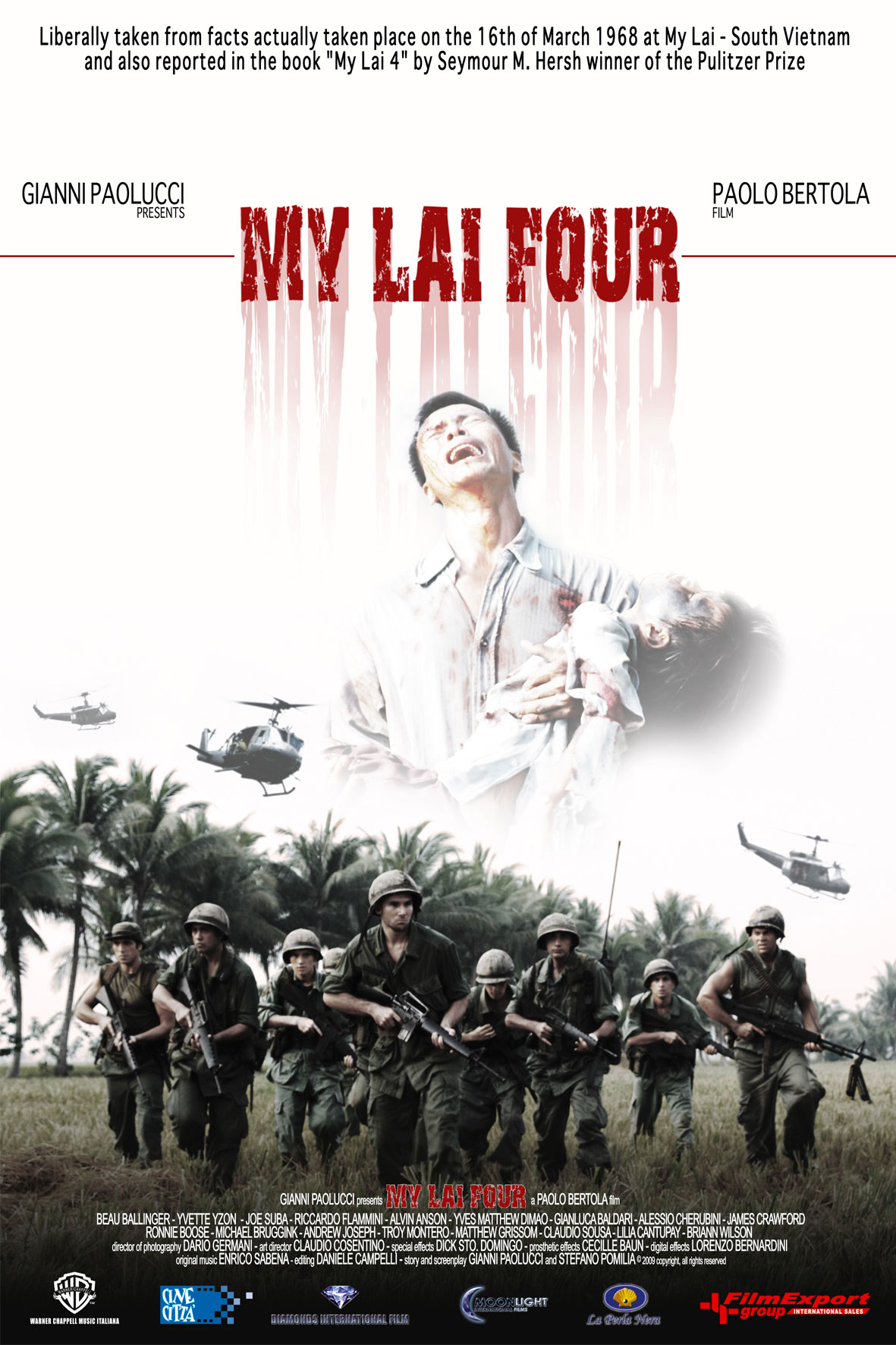