MARCELLINO BREAD AND WINE (Remake) a film by Luigi Comencini

This story takes place in the XVI century, during a sanguinary war a group of poor friars find, between the ruins of some houses, a baby. The baby is brought to the monastery where 12 friars try their best to look after him solving with lots of love more or less all the problems that a baby can have. The baby is baptised under the name of Marcellino and he spends the first years of his life surrounded by the love and the attentions of the friars. Marcellino is now 6 years old and begins to feel a strong desire for a mother. Meanwhile, at the monastery a painter is executing the painting of Jesus and of the Blessed Maria whose model is the count's wife, great an owner of that region. When the count comes to the monastery to admire the fresco, he meets Marcellino and gets interested in his story to the point of seeing in him his own son disappeared during the war (during which also his first wife died). He, thus, decides to adopt Marcellino but in the count's house between luxury and wealth Marcellino feels sad and lonely; moreover the count's second wife with her cold behaviour hasn't at all conquered the boy's affection that refuses to consider her as his mother. Once during a hunting beating Marcellino, disgusted and terror-ised by so much violence against animals, runs away to go back to his beloved friars, a storm rages and he gets lost. The next morning he's found senseless and brought to the monastery. He's at very high fever and he almost doesn't recognise his "Mushing friar", "Cheerful friar", "Yelling friar", "din don friar" etc. .. ,who in order to hide him from the count bring him in a loft in which stands out a big crucifix Marcellino still sick, starts to talk and to familiarise with the "Man" of the cruci-fix, he reveals him his fears and confides him his desires finding a great comfort in Jesus' words. A great feeling is established and Marcellino, now recovered, steals from the friars' table some bread and wine to bring them to his "Friend" that he considers too skinny. During this episode Jesus tells him "I will call you Marcellino pane e vino". Meanwhile the count convinced that the friars are hiding Marcellino, threatens them to set the monastery on fire and he actually does it when the Prior will answer him that Marcellino will never be entrusted to him. Now the monastery is bursting into flames, Marcellino turns to Jesus and says: "Please, do some-thing..." ... a very strong storm rages, the horses unsaddle the horsemen and the guards of the count, who falls down the horse that will drag him away. .., mean-while the flames have extinguished. The friars kneel under the ram to thank the Lord. In the meantime Marcellino asks to Jesus, from whom he receives a caress and a tender hug, to bring him to his mother. The friars run into the loft to assure themselves that Marcellino is fine; but they find the room completely empty, on the cross there is no trace neither of Marcellino nor of Jesus. The friar Prior with tears in his eyes and a mixture of joy and grief says: "Marcellino is no longer with us, he's gone to meet his mother". 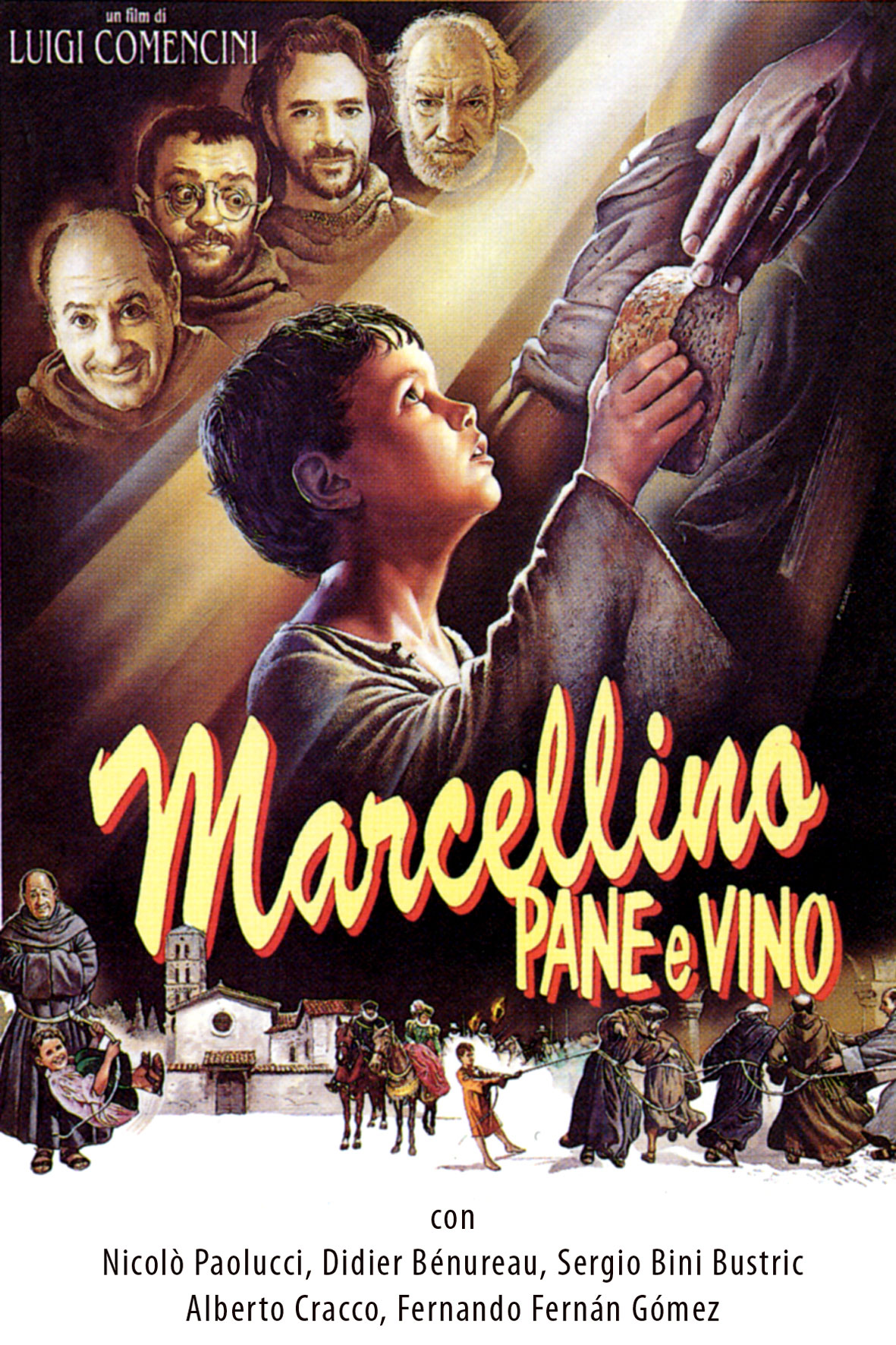