Six characters, four men and two women, all quite young, are the protagonists of this film. Paolo, a good actor, loves Francesca, a well-known actress who has left him for Piero, the stage director. Paolo must now leave Francesca's house and go to live with Enrico of whom he is jealous because he suspects that Enrico has had an affair with Francesca in the past. At the end of a successful tour, Piero and Francesca are returning to Rome and, naturally, will stay at her house. Paolo, as a consequence, should have moved out with Enrico but his secret wish to see Francesca and to be near her makes him change his mind: he'll stay there and will welcome their homecoming setting up a pleasant dinner. To save face, he has asked Sophie to join him: very pretty, very young and easygoing, Sophie is engaged to Giuliano, Paolo's friend and, he too, a very busy actor, travelling most of the time on tour. He hopes to make Francesca jealous, to make her suffer from the same feeling that torments him. Giuliano, in turn, is not very certain of Sophie's faithfulness, but he's so much in love with her that he prefers his jealous obsessions rather that the risk of losing her. And he pours his heart out to Paolo whenever he goes to have a shower in Paolo's bathroom. As he has no bathroom of his own, this happens quite frequently and, when it does, he leaves bright red bathroom towels strewn around everywhere. Paolo, on the verge of a nervous breakdown and more paranoid than his usual self, is scared stiff to catch the skin fungus infection that he's noticed on his friend's back. Feelings, moods, quarrels and reconciliation follow one another, carried by the breezy, modern dialogues of the play by Claudio Bigagli. 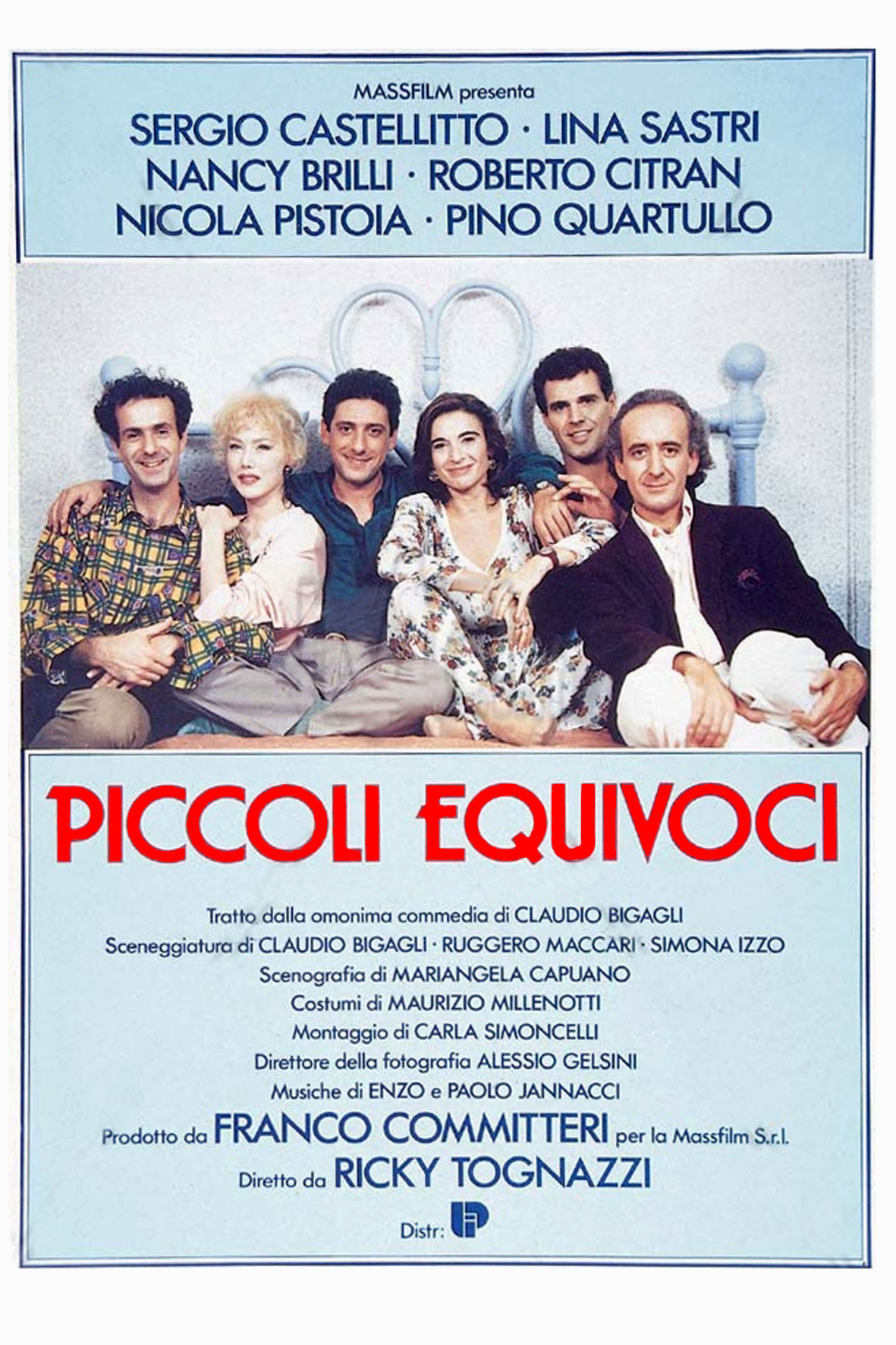