CELLULOID a film by Carlo Lizzani

In 1944, Rome had just been liberated by the Allies. Roberto Rossellini and Sergio Amidei, in a chance meeting at Piazza di Spagna discover that they have the same dream: making a film about the experiences of the Romans under the German occupation. This is the start of one of the most extraordinary adventures in the history of cinema. Their projects are different. Although he has taken part to the Resistance, Amidei, a playwriter experienced only in comedies, imagined a film based on stories and characters typical of the art of improvisation, an art which enabled the Romans to survive in a terrible period like the occupation. Rossellini, on the other hand, who has lived the events in isolation, far from the conflict, wants to provide a higher, more universal view. Nevertheless, a profound link is created when they realise that they have documentary material with an extraordinary impact. This mixture of fantasy and moral commitment unleashes an energy which attracts a wide variety of people. Peppino Amato, a producer who up to halfway through the film still thinks it is a harmless comedy in dialect and who leaves the project angrily after seeing scenes of violence and torture. Two already popular stars, Aldo Fabrizi and Anna Magnani, convinced by the young Fellini to accept only a symbolic payment; actors and actresses chosen on the street and who prove to be as affective as the shrewdest professionals. An American soldier who comes on to the set by chance and falls in 1ove with the story; together with a textile merchant who improvises as a producer and helps to complete the project with a few dollars and a few devalued liras. And among these adventures, the personal stories of the protagonists, which are just as exciting. A friendship like the one between Roberto and Serqio, continually put to the test by their different temperaments. One love story which breaks up while another one begins. The events of the film lead Sergio and Maria (the little actress created by the playwriqht out of nothing) down different paths. And during shooting, we see the first signs of that love between Roberto Rossellini and Anna Magnani which was to become great after the worldwide success of the film. CELLULOIDE ends when after a rather disappointing première in Rome, the protagonists wonder about their future and the future of the film Today we all know that it was a truly happy ending, though achieved at the cost of great sacrifice. 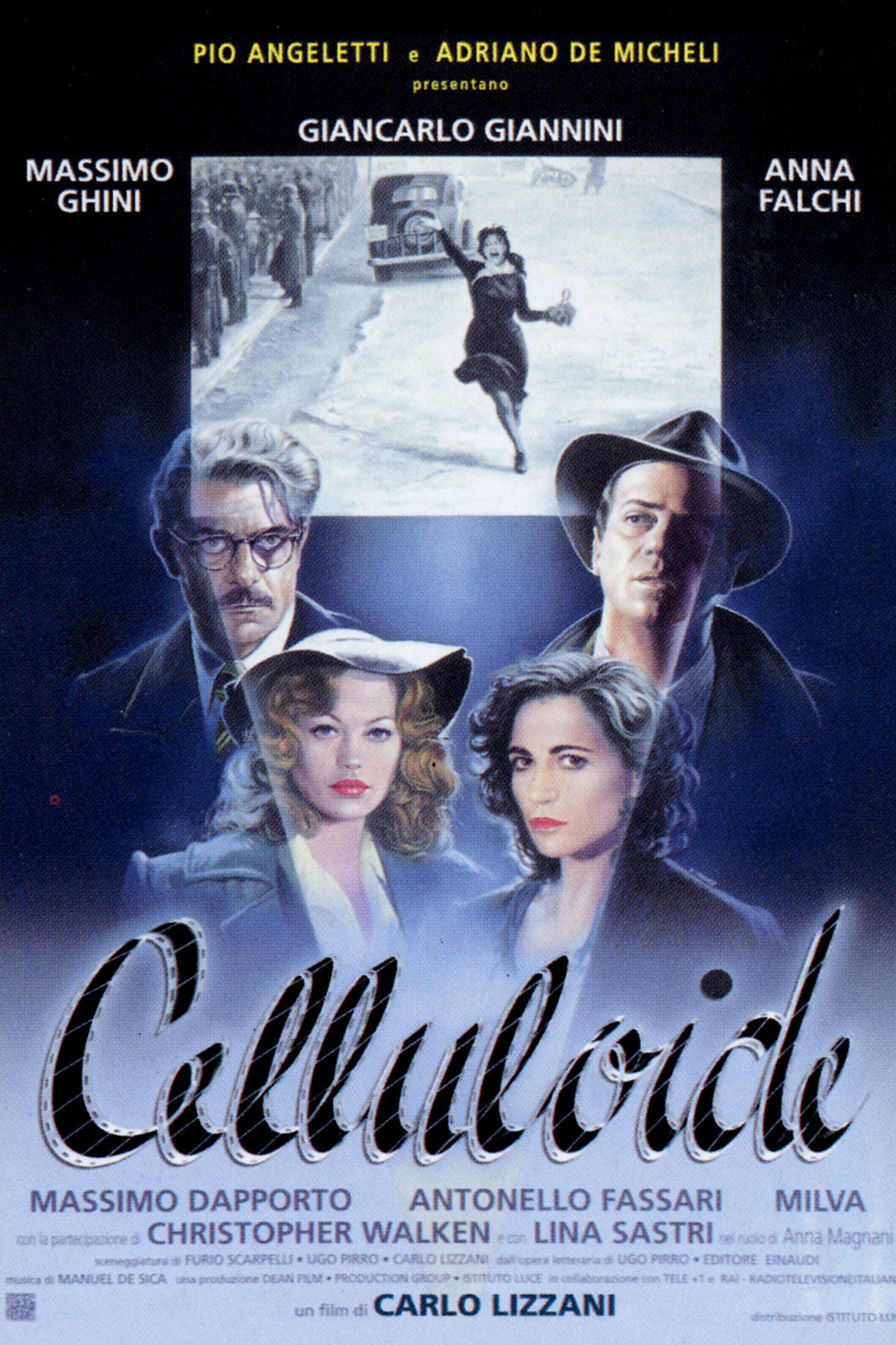