ALL IN PRISON a film by ALBERTO SORDI

Against the background of wideranging iudicial investigation,which paradoxically involves the whole country, Alberto Sordi has found yet another opportunity to add yet another character role to his personal collection, this time playing the part of a disquieting examining magistrate with customary Sordi humor. The commedy comes from the iudge's apparently incongruous behavior and the frantic attempts of the guiltly to avoid giving the game away. But the most enigmatic moment in the whole inguiry comes as the iudge is treading his way cautiously through the minefield he himself has laid and runs the risk of falling prey to his own victimes, in the best literary tradition, and as we see happening so often in present-day italy. 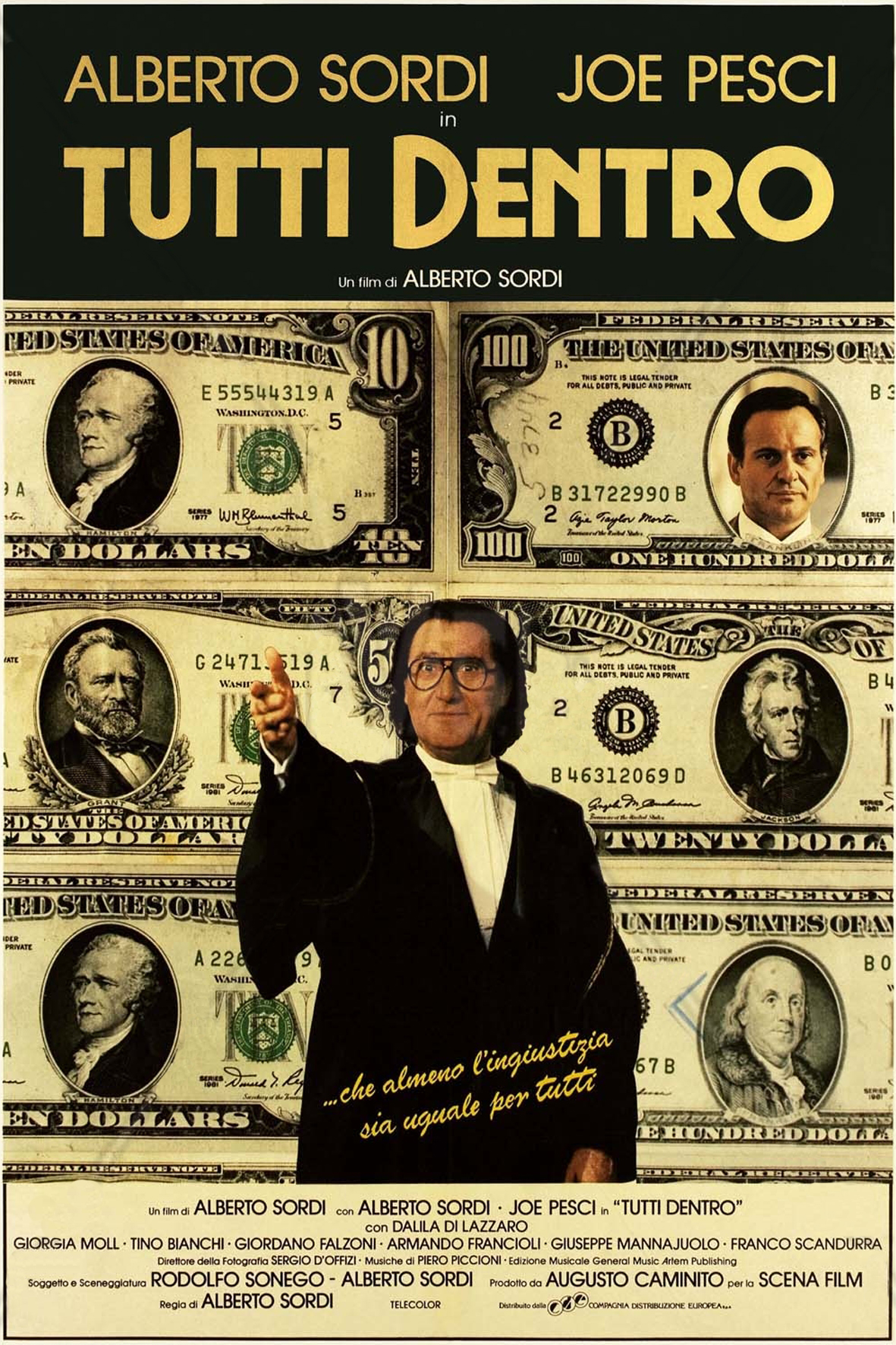