DJANGO THE LAST KILLER a film by Joseph Warren

In a Mexican small town, Ramon is attacked by a gang of criminals and robbed of the money with which he was going to pay off a mortgage. Meanwhile, at his farm his men are beaten up, his house is set on fire and his father is killed. Ramon, bruised and bleeding goes home to find his house destroyed and his father dead. He decides to get his revenge and, after grabbing an old shotgun, he leaves the ruins. While trying to locate the authors of the criminal attack, he meets Lola, a girl who was his girlfriend once. She introduces him to Raza, they become friends and Raza teaches him the art of becoming a killer. Little by little Ramon becomes a skilful and fearless killer and manages to kill Barret - the head of the gang - and all his other enemies during a series of ensuing fights. 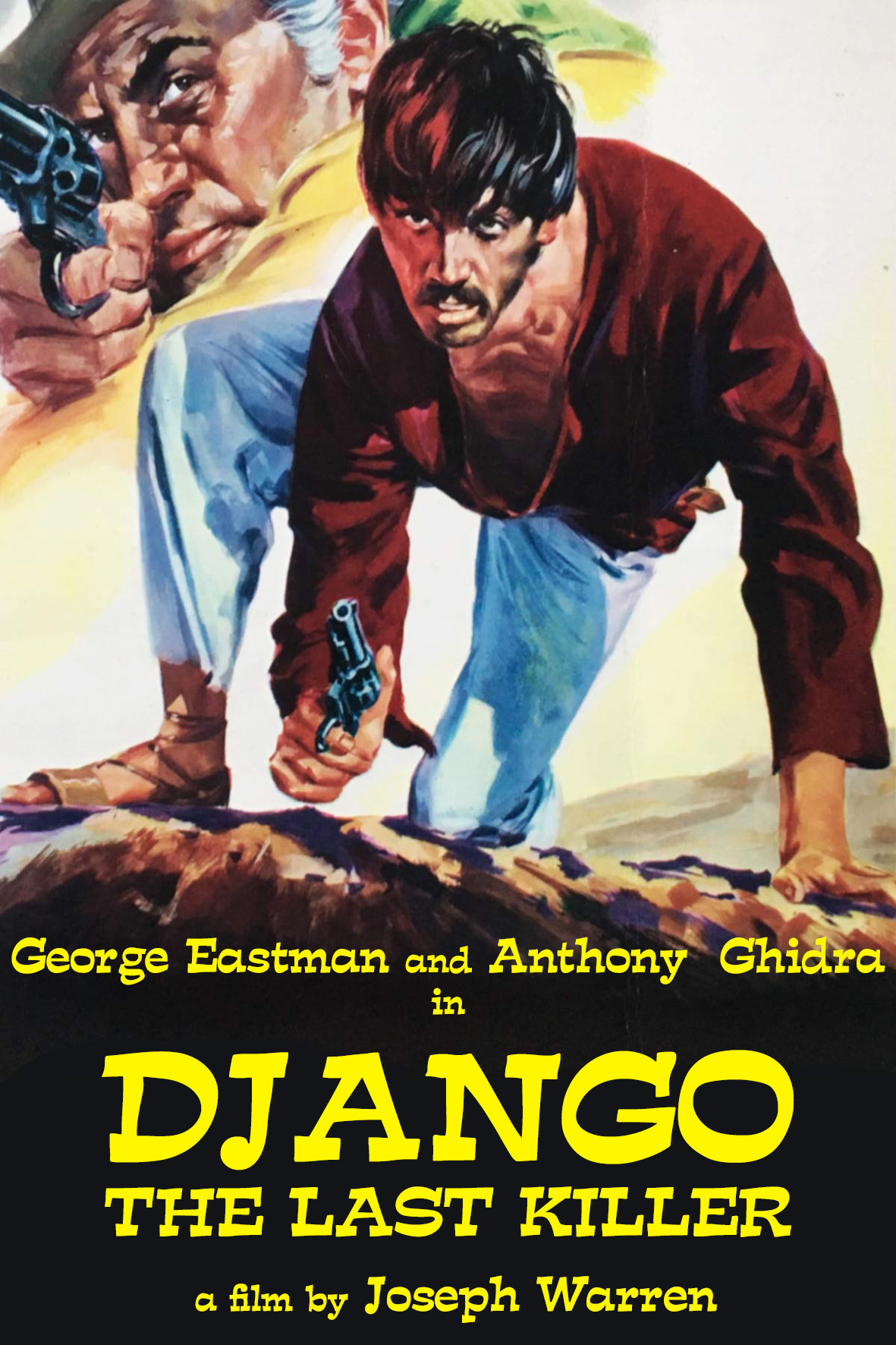