Two brothers, Johnny and Fred, both bounty-hunters, arrive in Blakeston-Hill, while fol-lowing the trail of five bandits who they intend to kill because of the prize on their head. The man who commands in this town is Edward Rogers, the man who had hired the bandits to drive some settlers of the land adjoining his ranch. Johnny clashes with Rogers who helps the last of the bandits to save him, by allowing him to refuge at his ranch. On the ranch Johnny makes the acquaintance of Rogers' wife and her daughter Elisabeth. From them Johnny hears about Alan Reed, who died 20 years ago and who had been Mrs. Rogers' first husband and the leading citizen in the area. Fred, after having killed the 5th bandit, takes his brother away from the ranch and tries to convince him to leave the county for reasons known only to him. Elisabeth finds out that the two brothers own a gun which used to belong to her father and which disappeared the night he died. Johnny tries in vain to get Fred to explain; he refuses and leaves him. Johnny, however, gets even more suspicious by the tale told to him by an old blind man; he follows his brother and forces him to reveal all he knows. Fred tells Johnny, that is not his brother but Alan Reed's son and therefore Elisabeth's brother. During the night Alan Reed was murdered. Fred's father saved him and took him away. Hearing this Johnny wants revenge and intends to find his father's killer. Johnny, together with Fred, returns to the ranch and reveals his true identity to his sister. He chal-lenges Rogers to a duel and discloses also to him who he really is. Rogers, hearing that he is Alan Reed's son, has him and Fred imprisoned and later admits to them, that he, with the help of Johnny's mother had killed Alan Reed. During the night Elisabeth helps Johnny and Fred to escape. Rogers' men pursue them to the outskirts of town but in a big shoot-out Fred and Johnny kill them all. Johnny intends to turn back and kill Rogers but Fred, who knows himself to be faster on the draw, gets there before him. Johnny does assist, however, at the final duel and witnesses how his mother is mortally wounded, when she tries to get between the two men. While Johnny rushes to his mother's side, Rogers tries to kill him but is shot instead by Fred who then leaves the ranch, while his friend is kneeling over his mother's dead body. 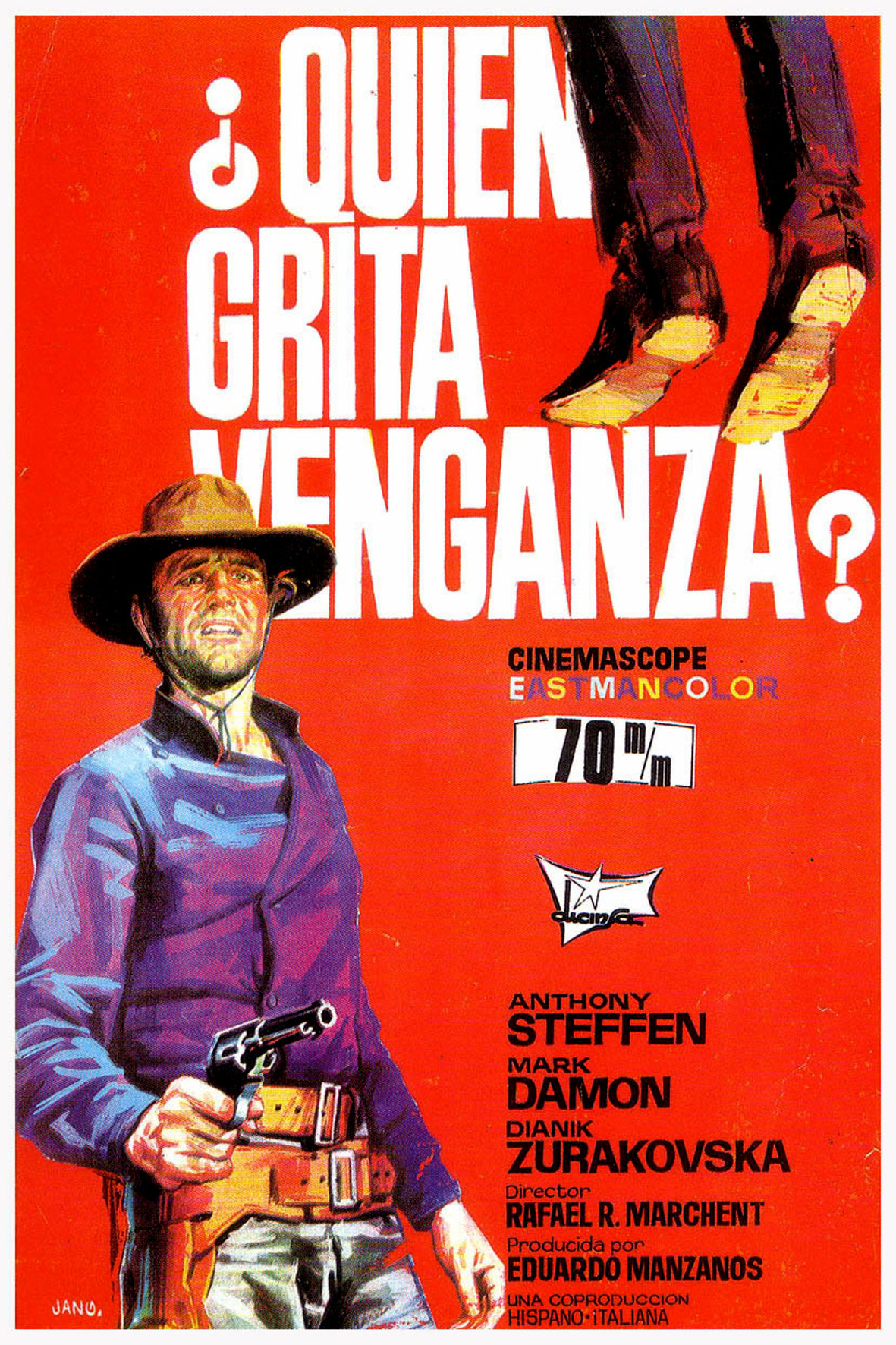