TEQUILA a film by Tulio Demicheli

Tequila and Bobo, a couple of likeable young Mexicans, hit the little town of Chedron intending to rob the local Bank who-se owner, De Koven, is trying to freeze out all the ranchers in the area by the simple expedient of foreclosing on the mort-gages his bank holds on their land. Tequila and Bobo's first attempt to hold up the bank, howe-ver, fails due to an unexpected hitch in their plans. So while waiting for the right moment to strike they get themselves hi-red as "gunnies" by De Koven. Finally, with the involuntary complicity of De Koven's wife, In-grid, who's fallen hard for Tequila, they manage to steal the bank's cash and hide it. But Tequila's relationship with Ingrid has escaped the watchful eye of Compton, De Koven's right hand man, and he gets proof that it was Tequila and Bobo who helped up the bank. He takes them prisoner, beats the living bejusus out of them with his men and forces them to reveal where money's hidden. But when Compton and his men reach the hideout Tequila and Bobo who drive them off give them a hot reception. They now have all the bank's cash but suddenly Tequila, to the immense surprise and no little disappointment of his partner, Bobo, renounces his share and gives it to the small rach-ners so they can pay off their mortgagees to De Koven and save their land. 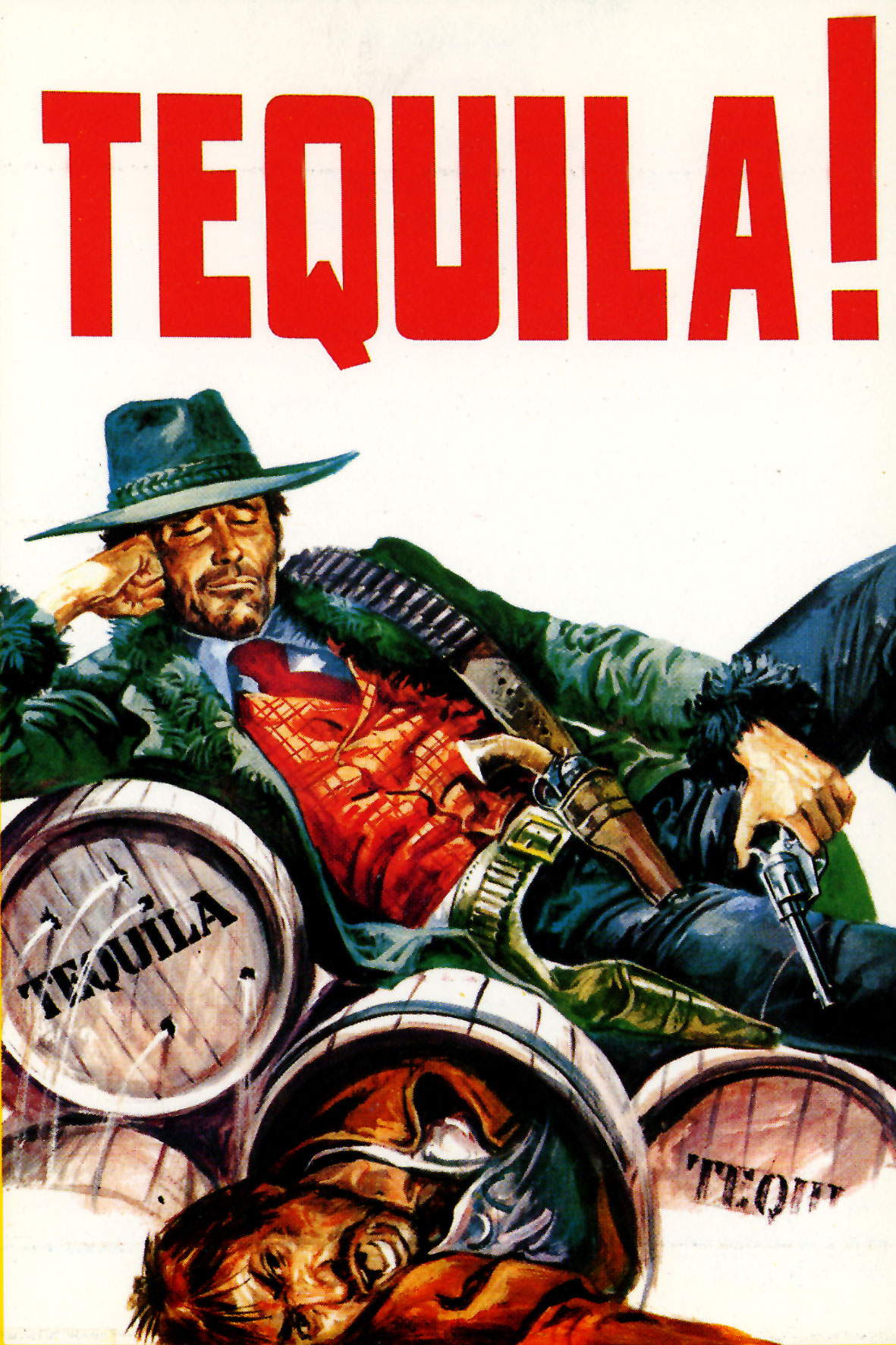