A GUN FOR ONE HUNDRED GRAVES a film by Umberto Lenzi

At the end of the American Civil war Jim Slade, a young confederate soldier returns to his ranch in Tucson. Before reaching his destination he feels a strange presentiment. On arrival he finds his parents murdered by bandits and the ranch practically destroyed. Overcome by grief, Jim plans revenge. Through an eyewitness he finds out, that the attackers were in four, three of whom, namely the Butcher brothers, were born in the town. Jim finds and kills three of the murderers and at the same time finds out the name of the fourth, a certain Corbett. For a long time he combs the regions of the South in search of Corbett. Finally in Galverstone, Texas, he discovers him as the leader of a gang that terrorises the small town. The gang has planned to rob the local bank, to which 200,000 dollars have been transferred. The mayor of the town and a strange old character called Ben invite him to stay on and he accepts, in order to help defend the town from the bandits. Nobody realises that he has a persona1 score to settle with Corbett. At the same time as him, a curious individual, a travelling preacher called Douglas has arrived in Glaverstone. He moves from town to town preaching the Bible and advocating non-violence. Douglas witnesses the first trouble-some encounters between Jim and Corbett, the latter having tried more than once to get rid of the young man in order to rob the bank. Jim falls into a trap Corbett has laid for him and is savagely beaten up. Corbett warns him to leave town. Jim's hate for the last surviving killer of his parents, however, makes him decide to stay on. The preacher sides with Jim and after some soul-searching he too decides to arm himself against the bandits. Now they are in two to take a stand against Corbett. They plan how to draw the gang into town and overpower them. What Jim does not know, is that Douglas is an accomplice of Corbett and none other than the true leader of the gang. Following Douglas' instructions, who has remained in town to look after the money, he falls right into the trap Douglas has laid for him, hoping, that by pro-voking a head-on clash between Corbett and Jim, he will not only rid himself of Jim but also of his troublesome accomplices. But Jim's courage and resourcefulness prevail and he mana-ges to outwit the gang and kill Corbett, who at the last moment reveals him the true identity of the preacher. It was Douglas who had ordered the killing on Jim's ranch. The final encoun-ter between Corbett and Jim takes place in the town's cemetery. Douglas tries in vain to eli-minate Jim to escape with the money but Jim is faster on the draw and kills him. His parents' death has been avenged and the town is safe once more. All that remains for him is to return the money to the bank and before leaving town he throws away his gun forever. 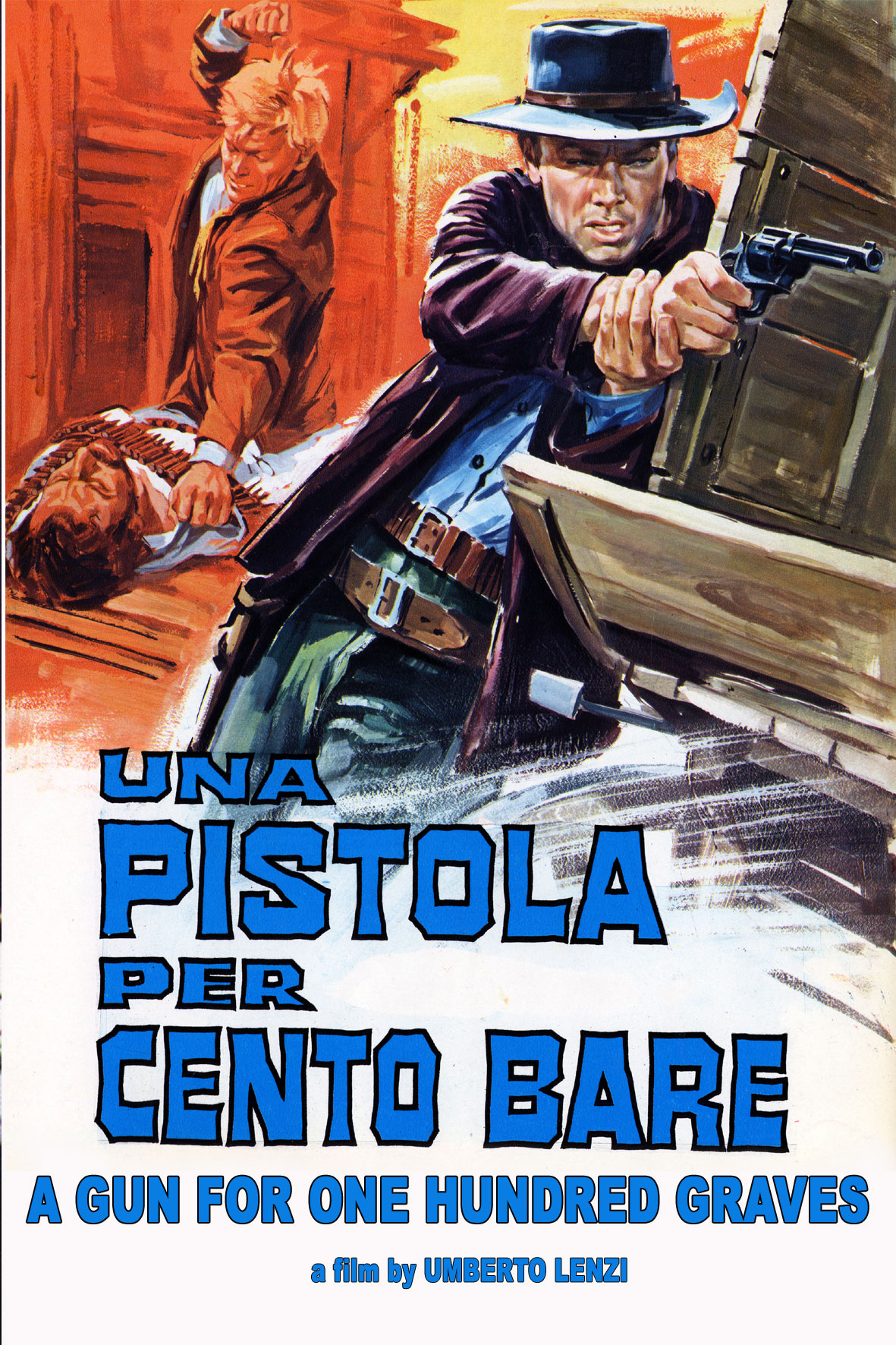