TENTACLES a film by Oliver Hellman

Several people disappear from and at the sea. Their bodies are found gnawed to the skeleton, even the marrow is missing. The scientists have no idea which animal could do such things. Dr. Turner begins to suspect that the company which builds a tunnel beneath the bay might have poisoned the environment and caused an octopus to mutate to giant dimensions. Just at the same time a great sailing regatta with many children is started - among them Turner's nephew Tommy. 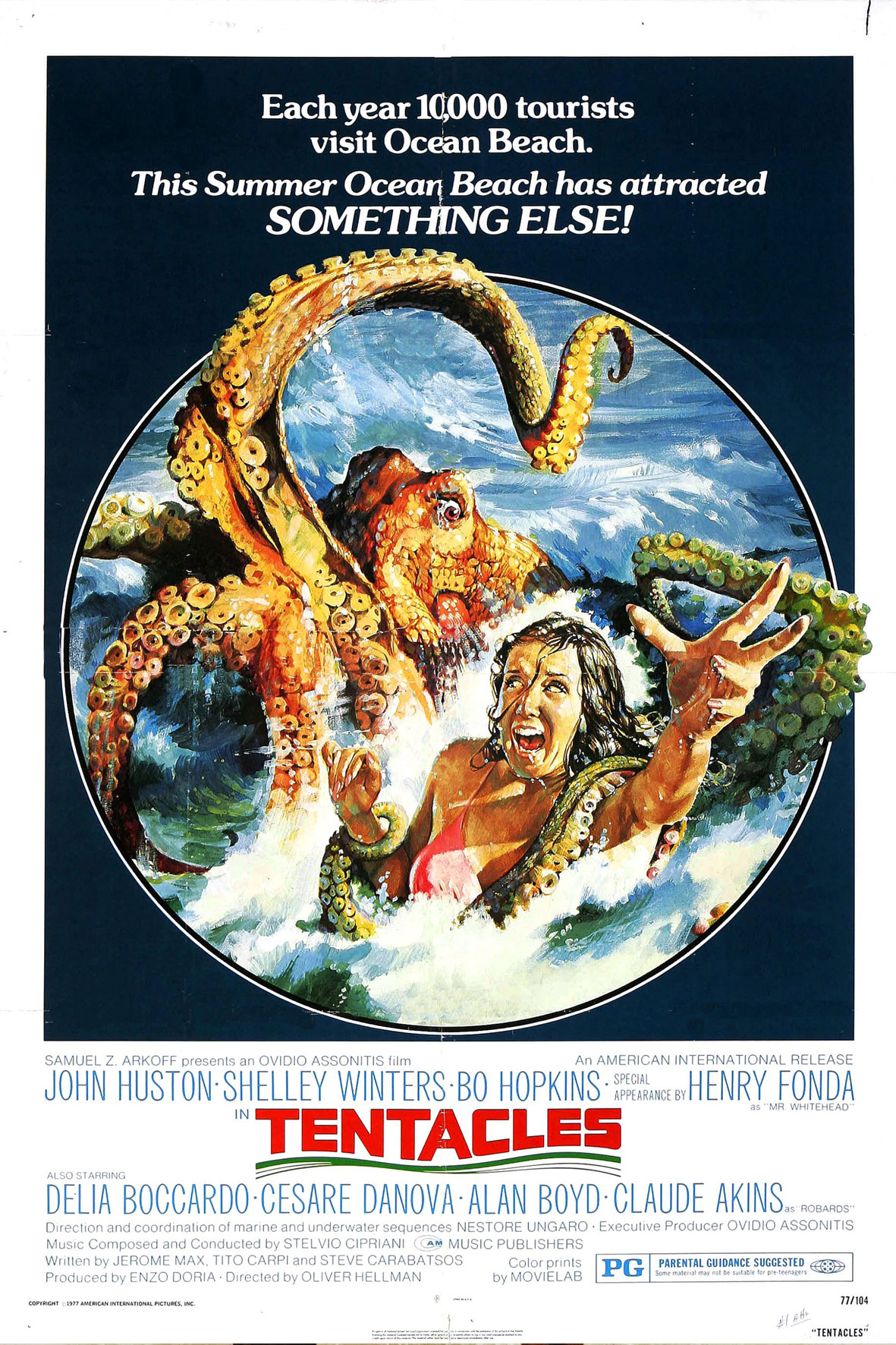