BETTER KISS A COBRA a film by Massimo Pirri

Phil Stone, leader and only survivor of "The Scorpions" is desperately in nee of money. While scavenging a tomb, he strips apriceless ruby ring from the boney finger of a long dead princess. what follows Stones indescretion is a wild and outrageous adventure. He is arrested for a murder he did not commit and is thrown into a hell camp where the warden offers him his freedom in return for the lost treasure of Cleopatra. Stone races from one hair raising adventure to another nerrowly avoiding death in a thousand forms - traps which have prevented Cleopatra's riches from being unearthed for centuries.Will the Scorpions cunning reveal the secret of Cleopatra's tomb! 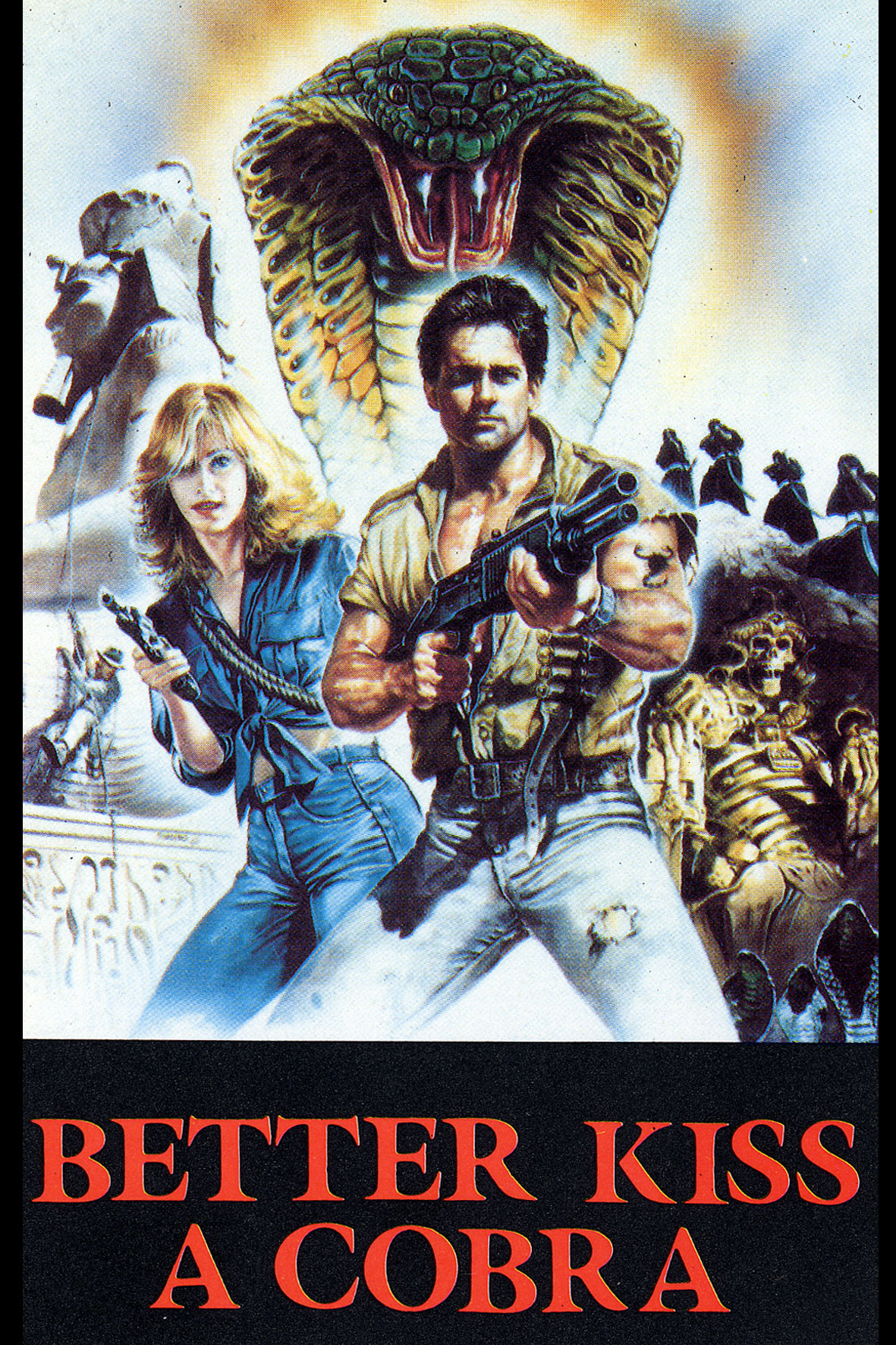