Trieste 1888. A journalist hunting for a scoop, meets an old mysterious man in a tavern at the port. The man seems to be a clandestine in escape with a fascinating story to tell in exchange of a drink. The journalist pays for his drink and the old man starts telling his story… Sandokan the Malaysian Prince of Borneo, is still a child when he is dethroned from his future throne, when the English colonialists, led by Lord Guillonk and Lord Brook, order the murder of his father. The Palace is assaulted by the Dayakis and the Thugs mercenaries paid by the English and all the family of the young Prince are slaughtered… Sandokan, with the help of Yanez, a Portuguese thief that slid into court in disguise, is saved. From that moment onwards Yanez will become for Sandokan an elder brother and together they will take refuge on the island of Mompracem. Sandokan becomes, in a few years, the Tiger of Malaysia that completes sea raids against the English, becoming the pirates’ head. Until destiny puts on his way the beautiful Anglo-Italian Lady Marianna, Guillonk’s niece, that Sandokan decides to abduct, in order to ask for a ransom. But Marianna, unconventional rebel, ends up taking sides with the pirates and she falls in love – requited – with the young Sandokan. In the ghost city of Mompracem, Marianna marries Sandokan and together they live a brief period of peace before the storm….

SANDOKAN project PDF file for any questions you can contact us 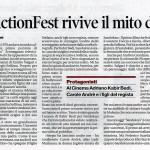 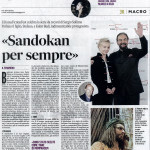